IMCG Communication Not a carpenter, still you are to use tools and toolboxes?
Communication

Not a carpenter, still you are to use tools and toolboxes?

– When a company is going through a process of change, the use of tools and toolboxes are often implied. Needless to say, it’s important that all involved know what the tools are for and where they can be found, says Ulrika Wahlström, innovation project manager, IMCG.

A tool is defined as an object to be used to facilitate a task. A toolbox is a mobile box to keep the tools in. But as you know, it’s not only construction sites, Handy Manny and Bob the Builder that use toolboxes nowadays. Toolboxes are now expected to  storage problem-solving methods.

It’s not only construction sites, Handy Manny and Bob the Builder that use toolboxes nowadays. We expect toolboxes to work as a storages of problem-solving methods.

7 steps for clarifying the functions of your tools

If a tool is to be considered meaningful, there are criterias that should be fulfilled. Here, we encourage you to follow seven steps to clarify the functions of the tools that are to be used at or in your job. To keep it simple, a regular hammer is used as an example as this is a tool that most people have a clear picture of. By documenting and communicating the answers to the following encouragements you will definitely get more fans of your tools and your toolbox. As a consequence, you will have a higher success rate when involving tools in your work with processes of change. 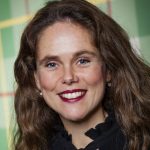